Bitcoin is currently trading at $12,020 after breaking the critical psychological level of $12,000 for the first time since September 1. Bulls have been in full control of the daily chart since the initial breakout above $11,000, mostly fueled by the purchases of big amounts of BTC from multi-billionaire companies like Stone Ridge.

The flagship cryptocurrency needs to close above $12,000 in the next few hours to fully confirm the breakout. Several indicators and on-chain metrics show there is almost no resistance to the upside, well until $13,500. 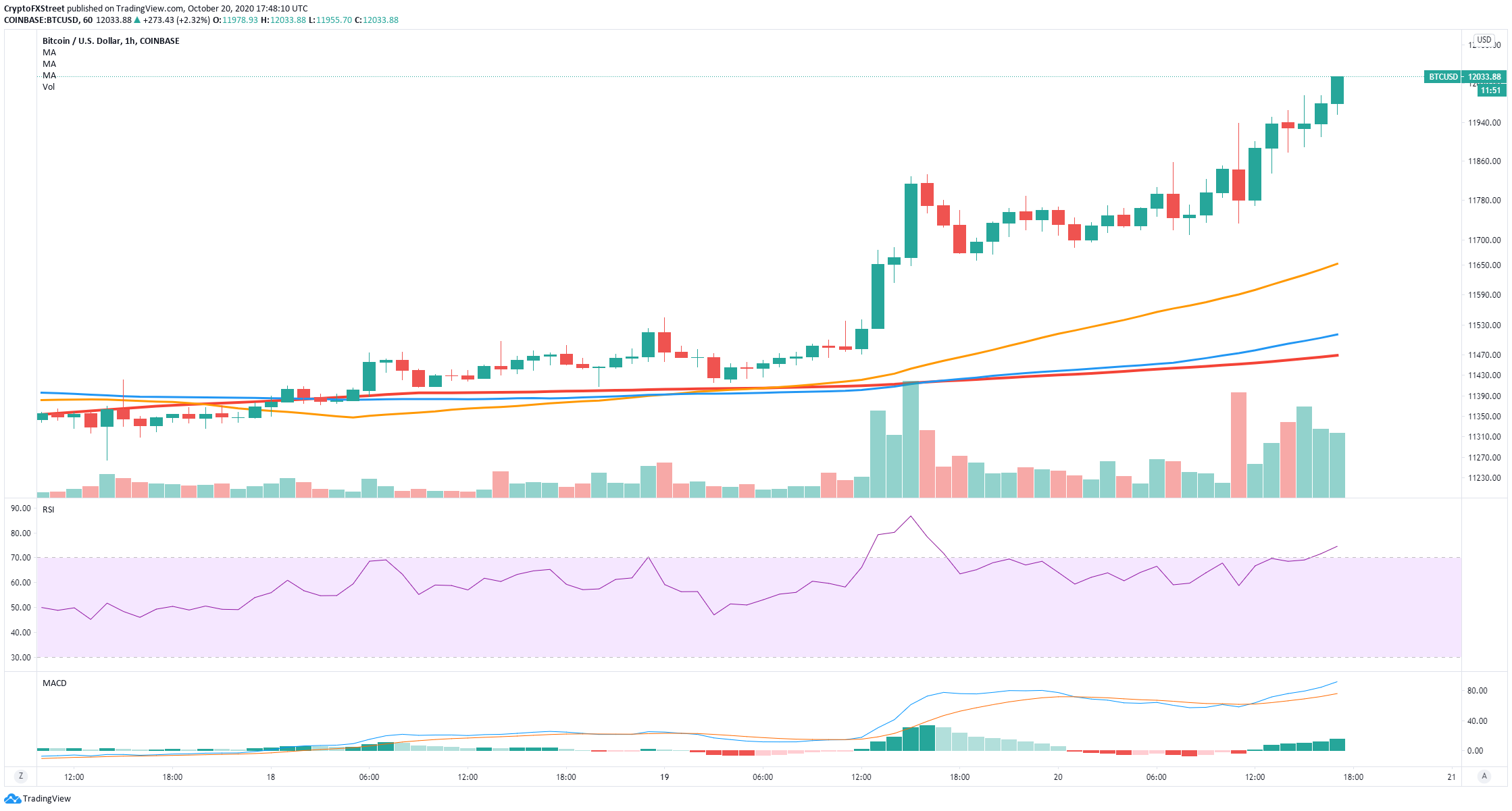 Bitcoin is well above the 50-SMA, 100-SMA, and the 200-SMA on the 1-hour chart. The RSI is overextended but will most likely not pose a threat to the bulls considering the massive buying pressure. The MACD turned bullish again around six hours ago and it’s gaining strength.

The In/Out of the Money Around Price chart shows practically no resistance to the upside compared to the massive amount of support. It seems that even at $13,807, bulls will face no real hurdles. The support area between $11,277 and $11,644 is a robust support area with a volume of 1.36 million BTC.