With almost 900,000 units sold in Europe, the previous generation Mercedes-Benz A-Class was a moneymaker for the company, hence their decision to renew it a couple of years ago.

The new generation has brought a lot of novelties, including a more defining visual feature, the Panamericana grille, which is the trademark of all modern high-end AMGs, including the A45 and A45 S.

The grille with vertical slats has been copied by many tuners and adapted to older and newer Mercs, including this previous-gen A-Class, which is the work of Inden-Design. Besides the new face, the car mimics the looks of the A45 hot hatch and boasts several carbon fiber touches, including the front apron, side skirts and rear diffuser, with the latter having cutouts for the rectangular quad exhaust pipes that have been sourced from a C63.

Watch Also: The Mercedes-AMG A45 S Is Super-Fast, Freakishly Agile And Eye-Wateringly Expensive 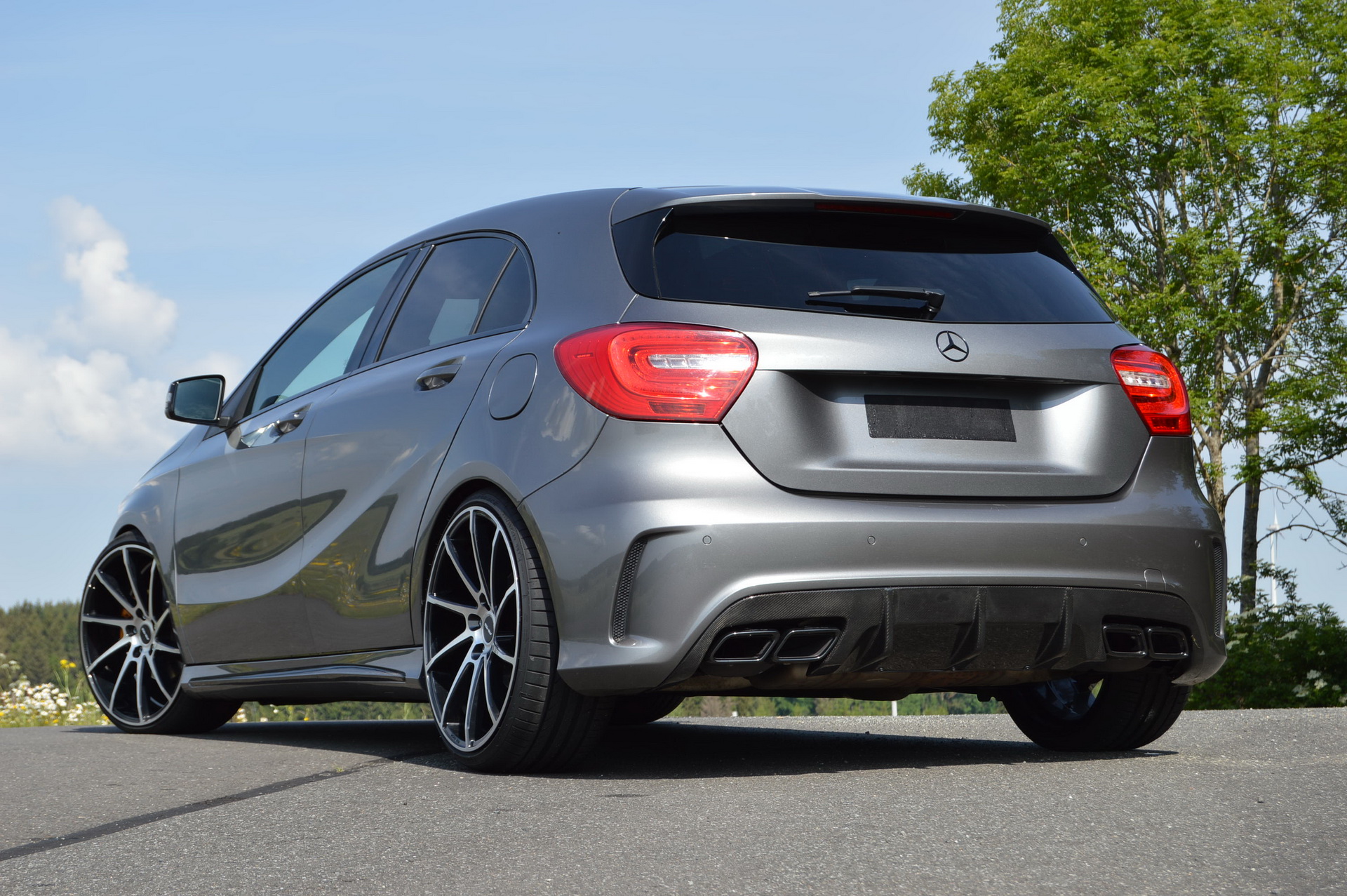 No modern tuning job would be complete without the big wheels, and this A-Class rides on 9×20-inch Oxigin LMs, wrapped in 235/30 tires all around. Other upgrades include the H&R coilover kit that has been adapted to suit the new rims, and finally, the original brakes were coated in ceramic paint, according to the German tuner.