• Hyundai launched a new version of its medium-sized SUV, the Creta.
• The Creta is all-new from the ground up.
• Rivals are the Ford EcoSport, Mazda CX-3, Kia Seltos and the Toyota CH-R.
• For more motoring stories, go to Wheels24.

Chalk and cheese, that’s how big the difference is between the old and new Creta. But, will it work for Hyundai SA?

Hyundai has launched the brand new Creta and compared to the previous model, which looked pretty much like a flower on the back bathroom’s wallpaper, this version looks much better. Tenfold. It wasn’t bad-looking; it just never stood out in the crowd.

There was nothing to write home about in terms of styling in the previous Creta model, and there’s nothing wrong with that too. It does the job, gives adequate ground clearance, is fuel-efficient, offers ample of space for a family, and most importantly, gets you from point A to B. It’s also very popular. So much that Hyundai sold 14 811 units locally since its launch in 2017. It has clearly done well for the Korean brand. 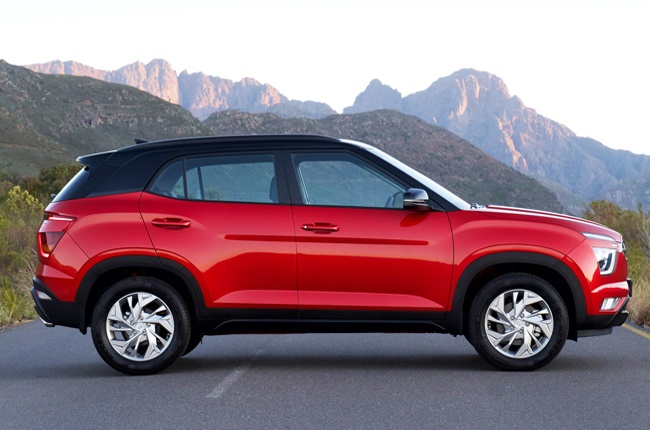 The Creta takes on a host of rivals in the local market, but Hyundai says its direct competitors are the Ford EcoSport, the Mazda CX-3, Kia Seltos, and the Toyota CH-R.

The vehicle has a new profile which makes it look more coupe-like since it is 10mm lower than before, but gains 20mm in length, taking the Creta to 4.3m, 1.79m wide with an increase of 10mm, and a 20mm increase in the wheelbase which takes it to 2.61m.

Its looks are so upgraded; it will make you instantly think of Cinderella whose rags were turned into a beautiful ballgown. Looks are sleeker and more streamlined, and both the front and rear has had an aggressive upgrade. The headlight design might not be welcomed so quickly by most as its styling could need an acquired taste. While the modernisation is great, I can’t help but think the design might be a few years ahead for South Africans.

What do you think of the new Hyundai Creta’s looks? Would you consider buying one? Please share your thoughts in the comments section below.

The headlights have a strip over it and makes the design look rather futuristic. It is certainly bold, and daring, and I am pretty sure buyers will get used to it very quickly, and might even like its modern looks. The rear also now features a narrow strip with an integrated brake light, much like you would find on a Porsche, Audi or Volkswagen. Only the Exec models feature these LED daytime running lights, along with rear LED tail lights. It also has fog lights on the front, and electric mirrors with integrated side indicators. The Creta has three brand new engines in the line-up which includes a 1.5 MPI petrol engine mated to a six-speed manual and intelligent variable transmission (IVT) which delivers 85kW and 144Nm and a 1.5 CRDi diesel engine mated to a six-speed automatic gearbox good for 85kW and 250Nm. The last option is the range-topping 1.4 Kappa Turbo GDI petrol engine which is coupled to a seven-speed dual-clutch transmission kicking out 103kW and 242Nm.

Two trim levels are available namely Premium and Executive; the 1.5 engine with a manual gearbox is the only Premium option in the line-up. The 1.5 Executive is available on both IVT and diesel engine options, and both are available with two-tone body colours.

The drive is rather pleasant, much more enjoyable than I had anticipated, and almost felt on par with Volkswagen’s new T-Roc which we had driven just last week on the local launch. The range-topping Creta would also compete against the entry-level T-Roc and range-topping T-Cross. The 1.4-litre Kappa engine is definitely by model of choice if I had to choose, and even more surprising was its great feel on gravel roads.

There are seven paint jobs to choose from including galaxy blue, lava orange, polar white, and phantom black. Only polar white and lava orange are available in two-tone options on the Premium spec. The interior has a new look too, and upgrades are immediately obvious with improved equipment, and a larger touchscreen infotainment system which features Apple CarPlay and Android Auto. A niggle which was difficult to ignore was the squeaky noises every time my left knee hit the centre console when I was in a sweeping bend on the Sir Lowry’s Pass. Hopefully, it was only unit-specific and should not hinder you from a great new option in the SUV market.

Despite the few squeaks, the noise vibration and harshness levels have been improved significantly thanks to revised engine mounts, lower noise windshield mouldings, a quieter intake and exhaust system, along with an improved dash isolation pad.

There’s a sturdy multifunction steering wheel, and a wireless mobile charging dock in the centre console on the Exec models. Other standard goodies include voice recognition Bluetooth, and an electro chromic mirror, there’s also rear park censors and a rear park assist camera.